Skip to content
UK: Eight-year-old Austin cycling 96 miles from St Annes to Sheffield to say thank you for his hospital care 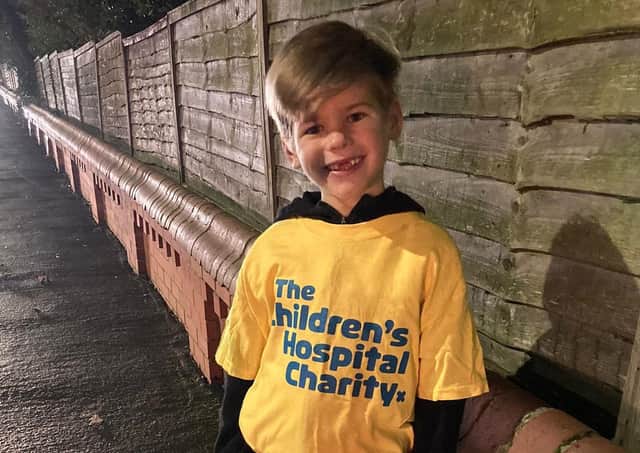 A grateful eight-year-old boy is set to cycle the 96 miles from his Fylde home to Sheffield Children’s Hospital to say thank you for his ongoing specialist care.

Austin Law, from St Annes, was diagnosed with a rare genetic disorder called cystinuria in July 2018.

Cystine is an amino acid that make up proteins in the body. While most people’s kidneys break down these amino acids and reabsorb them into the body, people with cystinuria are unable to do this. As a result, cystine builds up which causes crystals to form and eventually turn into kidney stones.
A stone can appear for the first time at any age, but most people with cystinuria get stones in their 20s and 30s. Austin was just four when he was diagnosed, after a stone almost filled the entire organ.

Austin’s mum Clare said: “He had a bout of illness. We knew he had kidney stones following scans at hospital in Blackpool but had no idea why and had never heard of this condition.

“It was a mixture of emotions. We were glad that they had found why he was poorly regularly as we knew something wasn’t quite right. But as the condition is so rare in children, there wasn’t lots of information out there. We weren’t sure about the treatment he would need and if he would make a full recovery. That’s when we were referred to Sheffield Children’s.”
In May 2019, Austin had major surgery to remove the stone, which lasted approximately five hours, followed by a week in recovery. The damage from the stone has limited his kidney function to 20 per cent, although it is hoped this will improve as he grows.

Clare added: “This year Austin has needed to see his consultant more often as he’s at high risk for forming more stones unfortunately. Austin is dealing with this amazingly well though and it’s made him even more determined to help others.”
To say thank you for his care at Sheffield Children’s, Austin is undertaking the big cycle ride after he breaks up from AKS Preparatory School for Christmas. He anticipates the challenge will take him eight days in total, finishing in time for Christmas Eve.
Austin said: “Sheffield Children’s Hospital has always been there to help me. 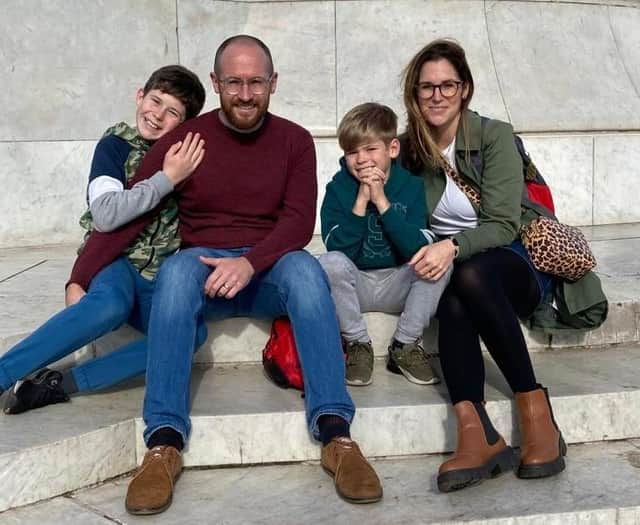 “From the surgeons fixing my kidney, my doctor giving me treatment, the nurses taking the best care of me and even the real-life clowns that came and made me laugh when I was feeling down, the hospital is simply the best.

“Having Cystinuria can be hard but I’m so lucky to have brilliant care and lots of people looking after me.”
The money raised by Austin will support The Children’s Hospital Charity’s appeal to build a new helipad on Emergency Department roof.
Austin added: “When I was recovering from my operation at the hospital, I was lucky enough to be shown one of the air ambulances. It was amazing, but unfortunately, the helicopters have to land in the local park and then children are taken across a busy road to the hospital.

“I was worried about poorly children having to wait to cross, so I want to help the charity reach their target.”
To support Austin’s Big Christmas Bike Ride for Sheffield Children’s Hospital, visit: www.justgiving.com/fundraising/tom-law10