Together, we can raise awareness of Cystinuria throughout the entire month of June – with a concentrated focus during the week of June 21-25.

Ever had a kidney stone, or know someone who has?

If so, you may understand the excruciating pain associated with them. Men and women alike, often describe the experience as the worst and most intense pain of their life. Imagine having multiple kidney stones per week or month. This is the life of a Cystinuric.

Cystinuria is a rare, debilitating genetic disorder characterized by frequent and recurrent kidney stone formation. Those who suffer from Cystinuria can experience kidney stones as frequently as daily. Because there is no cure, a Cystinuric can expect a lifetime of producing kidney stones and dealing with the associated pain and expense.

People suffering from Cystinuria can have frequent hospital visits and surgeries to remove kidney stones or manage the pain related to kidney stones. There are very few options when it comes to therapeutic drugs to manage Cystinuria. Between the cost of surgery, and the drugs to control the disease, life as a Cystinuric can be extremely expensive. Fortunately, the Affordable Care Act protects those with cystinuria and other preexisting conditions from discrimination by health insurance companies.

Cystine stones form very quickly, sometimes overnight, unlike other calcium oxalate stones which can take years to form. The larger stones may require surgical interventions, but surgery is usually the last resort because of the sheer quantity of stones a Cystinuric produces each year.

In the US, Cystinuria affects approximately 1 in 10,000 people, so it’s not unusual for Cystinurics to have to explain their condition to medical staff. Cystinuria does not discriminate, and affects people of all genders, races, ethnicities, and ages.

Cystinuria is a genetic defect the impairs intestinal absorption and renal reabsorption of cystine. Cystine is then excreted at high levels through the kidneys and is insoluble (meaning not able to dissolve). In this environment the cystine crystalizes, forming stones and potentially causing damage to the kidneys.

Through Cystinuria Awareness Day, we hope to bring more awareness, research, and awareness to this debilitating disease. 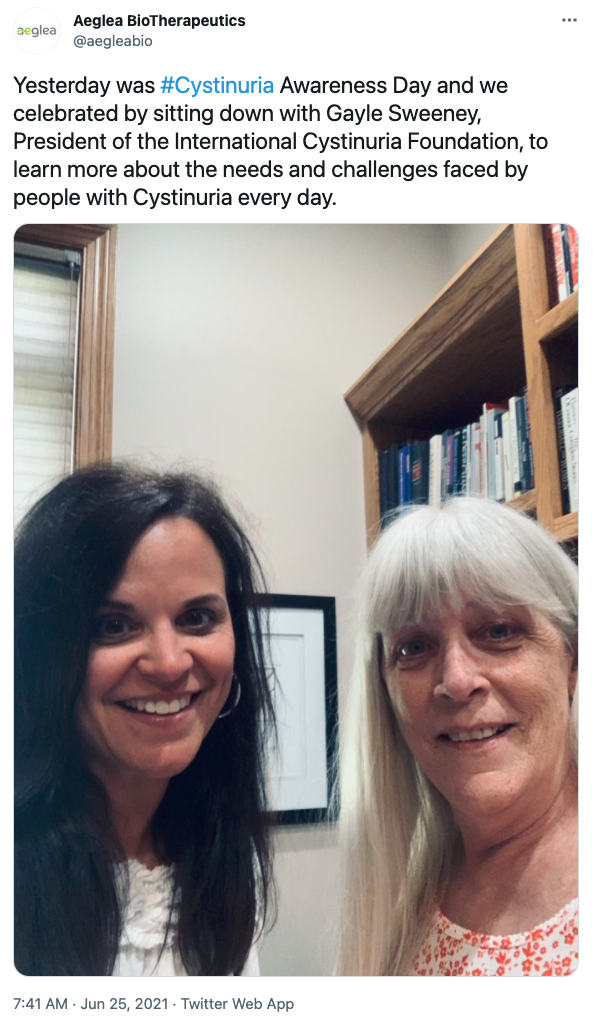 Paint your stone between now and June 24.  When you are done, snap a photo and  submit it online here and we’ll post them on the site, and pick the winners 😉 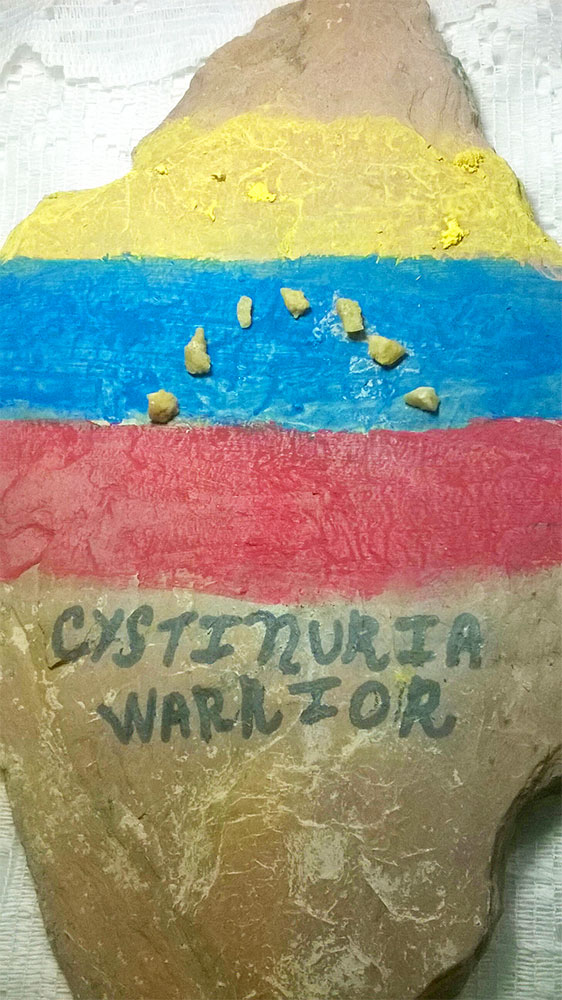 With all My love for all the cystinuria Warriors in the world, My stone represents My flag, and the stars are Made of stones from My surgeries. 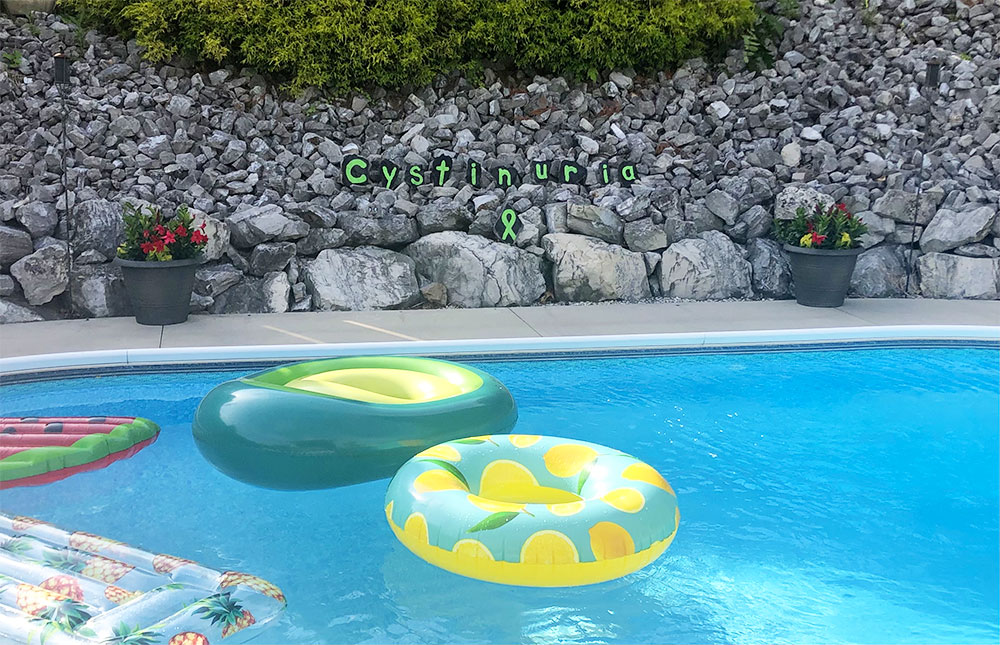 Cystine kidney stones come in all shapes and sizes ranging from pebbles, to rocks to boulders….The Bares didn’t have a hard time finding some stones to paint in our back yard for this years fun stone painting challenge. Ironically, our pool is kidney shaped as well. Cystinuria Awareness Day Rocks ! 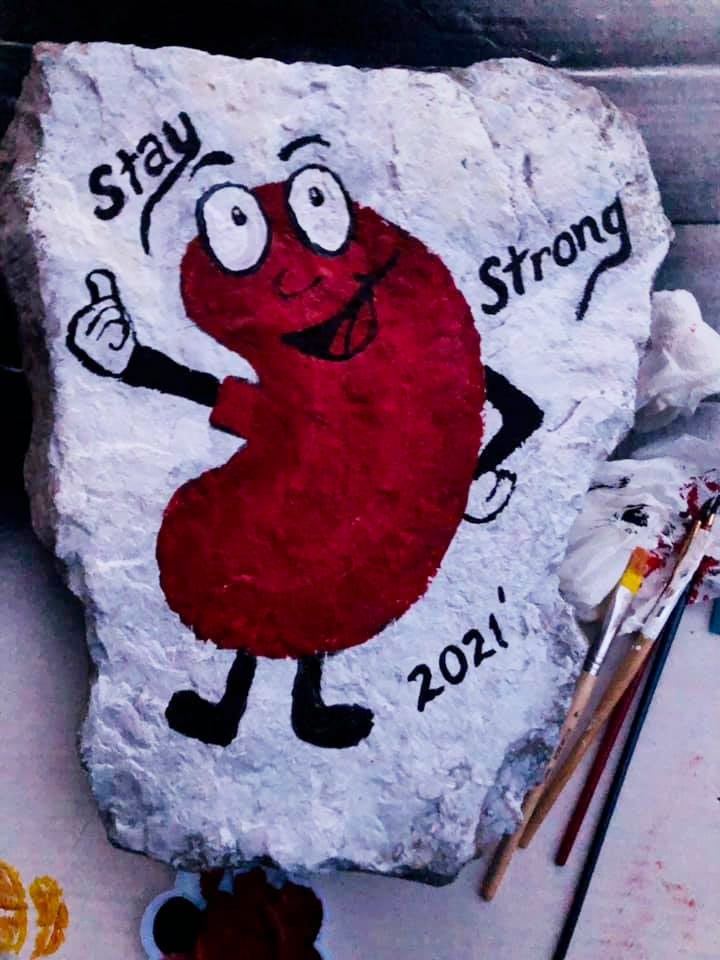 Found this one on the FB page… Thanks Dawn! 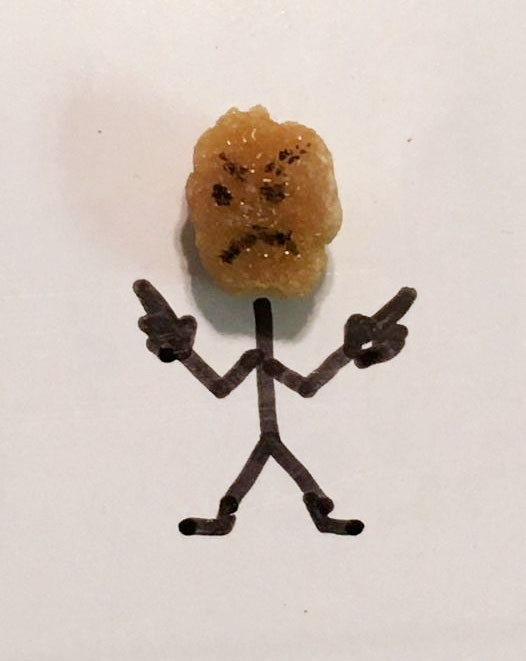 My journey with Cystinuria has been a rocky road to say the least (pun intended).

My journey with Cystinuria has been a rocky road to say the least (pun intended). I had my first kidney stone at 9 months of age when I was a baby and had my first surgery in Santiago, Chile. [...]

My cystinuria and me.

My cystinuria and me. Hello, I am Nathalie, Venezuelan, married, 40 years old and clinical psychologist. My medical history began in 2004, at the age of 23 years with the following symptoms when I woke up one morning, I [...]

Living with cystinuria My name is Mandi Payne and I have been suffering from cystinura for 5 years. Throughout those years I have undergone around 20 surgeries and pain every single day.  I want to share my story because [...]

#stonesurvior My name is Bee Salinas, I am 33 years old and I was diagnosed with cystinuria when I was 18 months old. I have been through countless procedures 25 to be exact. Growing up I didn't get the [...]

Meet Three Siblings Fighting Cystinuria Originally posted on Global Genes in 2012 Note: There is an update to this story HERE If you have ever had or known someone that had kidney stones, you may understand the excruciating pain associated [...]

Ella-Louise Gilbert - UK Hi, my name is Ella! I am 22 years old and I live in the United Kingdom, but I was born and raised in Belgium. I was diagnosed with Cystinuria when I was just 5 [...]

Christina Davis I am 61 years old. I have suffered with Cystinuria since I was about 9yrs. Although I was not diagnosed until I was 17. When I was taking my college physical I was told what I had. [...]

Helen's Story Helen Guerra, a 20-year-old resident of Miami, has lived more than half of her young life diagnosed with a rare kidney disease called cystinuria. She led a fulfilling childhood filled with a love for reading, dancing, [...]

Sierra Gibbs Sierra Gibbs is a sophomore at California State University, Long Beach. Her life may seem like everybody else’s around her, but her story is not.  At 13, while growing up in Colfax, CA, she was diagnosed with [...]

A Patient's Story: Michael Eckstut (New Jersey) Skillman resident Michael Eckstut, 69, enjoys a full and rewarding life in his roles as a husband, a father to three grown children, and a successful executive at a pharmaceutical services company. [...]

Leah's Story - Life with Cystinuria Leah, a 42-year-old resident of Montgomery, Michigan, has struggled with kidney problems from the incredibly young age of 2. Her journey of uncovering the truth behind these medical issues would take 40 years [...]

How Can I be involved?

1. Donate or use Amazon Smile!

2. Paint a Stone and Share it (There are Prizes…)

Feeling creative? For something on the fun side, paint a stone that represents you and your journey with Cystinuria.  One of our FB members actually hides them in her community where people can find and enjoy them. Maybe start that tradition in your town? Paint your stone between now and June 24.  When you are done, snap a photo and  submit it online here and we’ll post them on the site, and pick the winners 😉 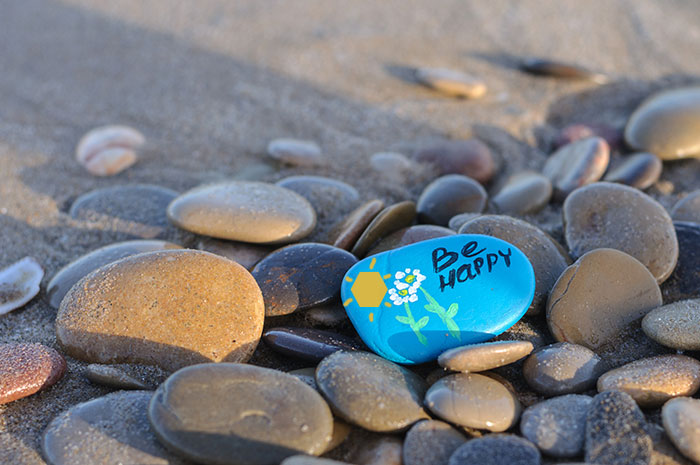 If you would like to help represent ICF, to have your state recognize Cystinuria Awareness Day, please contact us.

Whats involved if I want to have my state recognize Cystinuria Awareness Day?

Michelle Gibbs was instrumental in getting the day officially recognized in California.
Here is how she describes how the process went for her.

Firstly, I would say, anyone interested should message Gayle Sweeney a the International Cystinuria Foundation. She has been coordinating these volunteer efforts for year, and knows which states already have either a proclamation or resolution for Cystinuria Awareness Day.

Anyone interested should message Gayle Sweeney. She has been coordinating these volunteer efforts, and knows which states already have either a proclamation or resolution for Cystinuria Awareness Day.

I jumped at the chance to make that happen in my state!
Since some states already have similar bills, Gayle had someone send me a sample of the language from another state, so I just needed to make a few changes here and there to fit my particular state. From there, it was a matter of contacting the right person in the state legislature to ask them to introduce the bill for me. I began this quest back in 2019. Each state has their own rules and deadlines on the process, so my initial request for a proclamation had to be changed to a request for a concurrent resolution.

My representative in the state Assembly agreed to introduce the bill, but he also happened to be running for a seat in the Senate that year, which delayed the resolution. At first, this was because he was in the middle of an election, and then when he won, he had to change his office and staff over to the Senate. With all these delays, we missed the deadline again, so I had to wait to contact him at the beginning of 2020. We all know how that year went! lol

After successfully introducing the bill, getting a unanimous vote to pass the bill (39-0) in the Senate, Covid hit and the resolution ended up “dying” because our legislature stopped meeting, and it was never heard in the Assembly.

With 2020 behind us, I took a chance and contacted my Senator again in January of this year to ask if he would re-introduce the bill. He agreed, and we just got our new bill number! I didn’t have to rewrite anything. The moral of this story is, “persistence is key.” I don’t think the process itself is hard. I also think it’s probably usually a lot faster!

Share your story and we’ll post it on the site.  As we raise awareness of Cystinuria, its good to have real life stories of what it’s like living with this disease so people can understand Cystinuria and the impact on people lives and those around them.  Click Here to Share Your Story

Below are easy ways to participate and help raise awareness of this debilitating disease.

You can make your own personal images with the transparent frames below.  Just “right click” and save them to your computer. 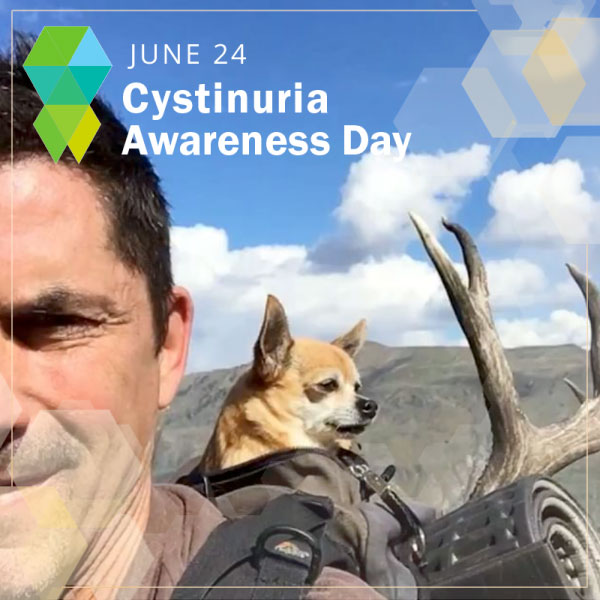 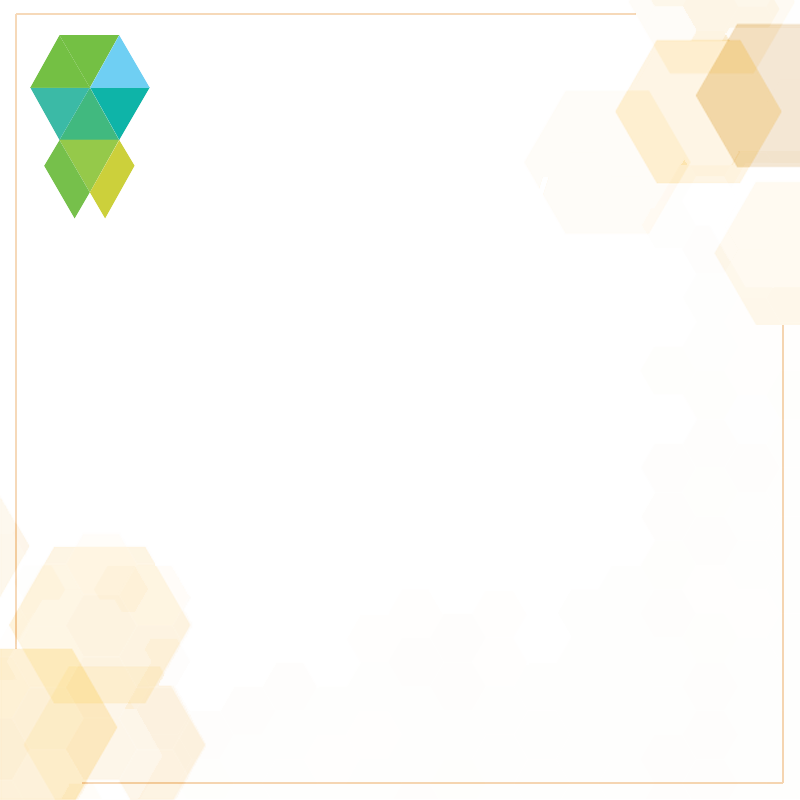 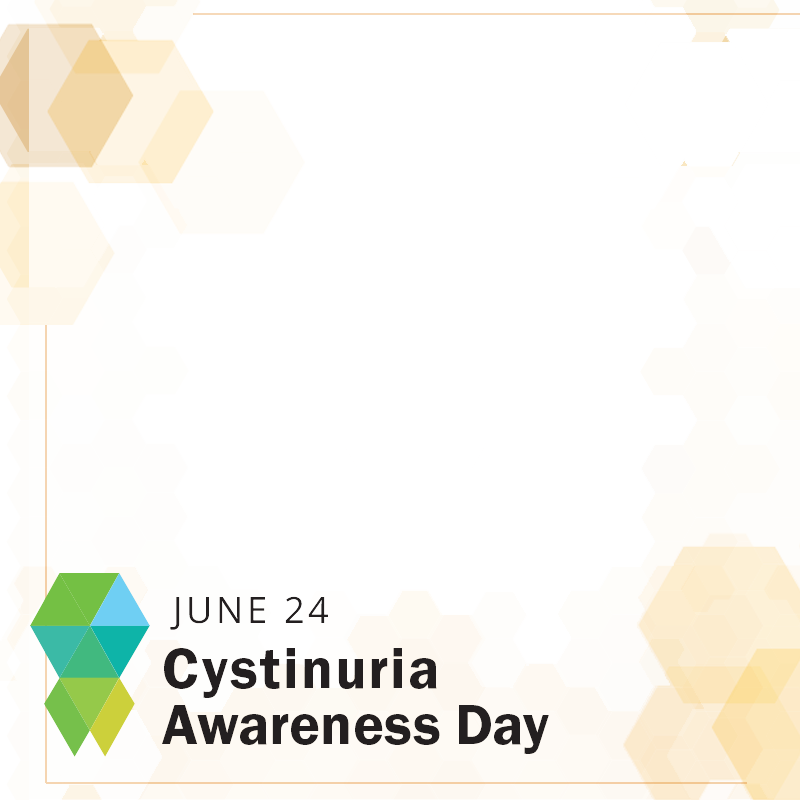 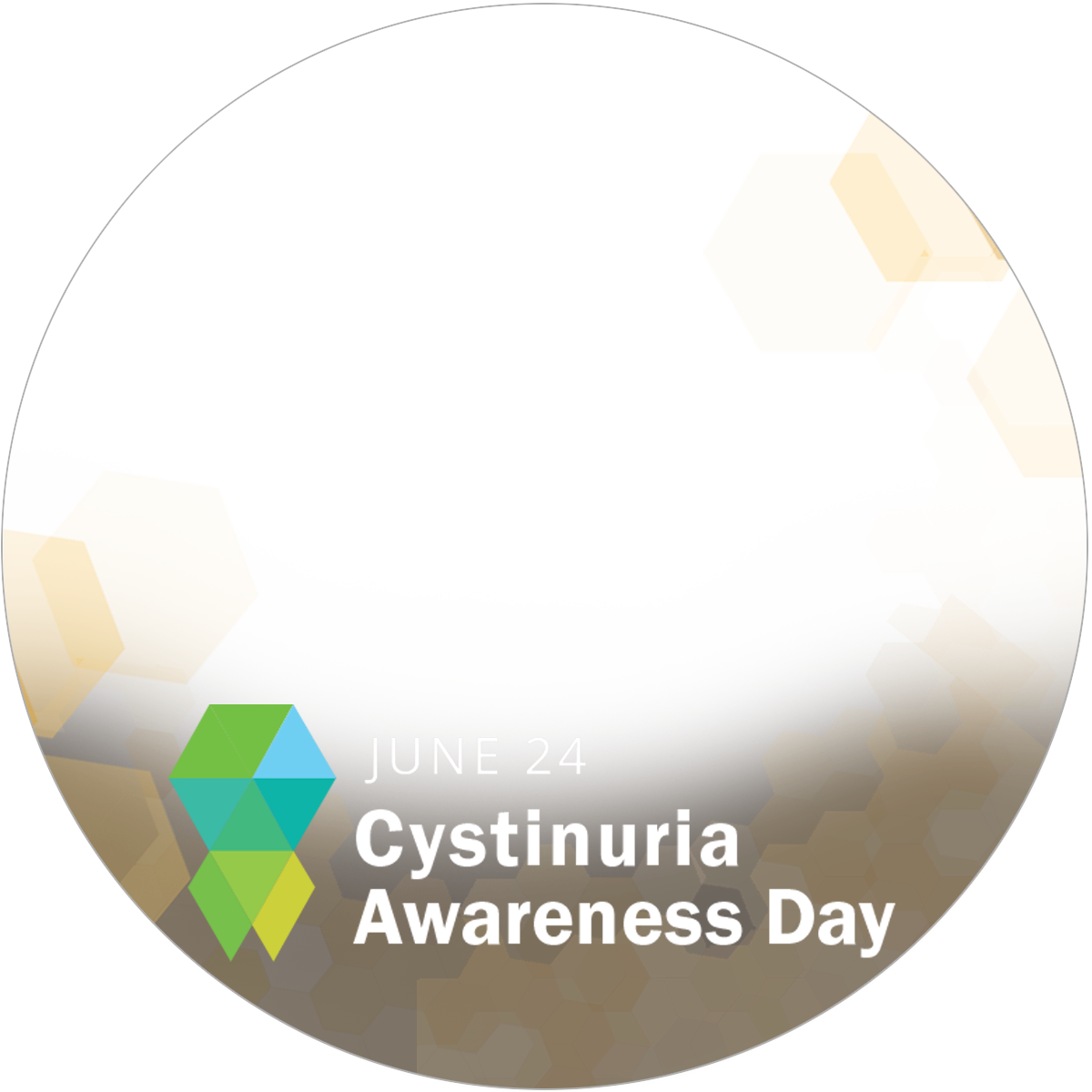 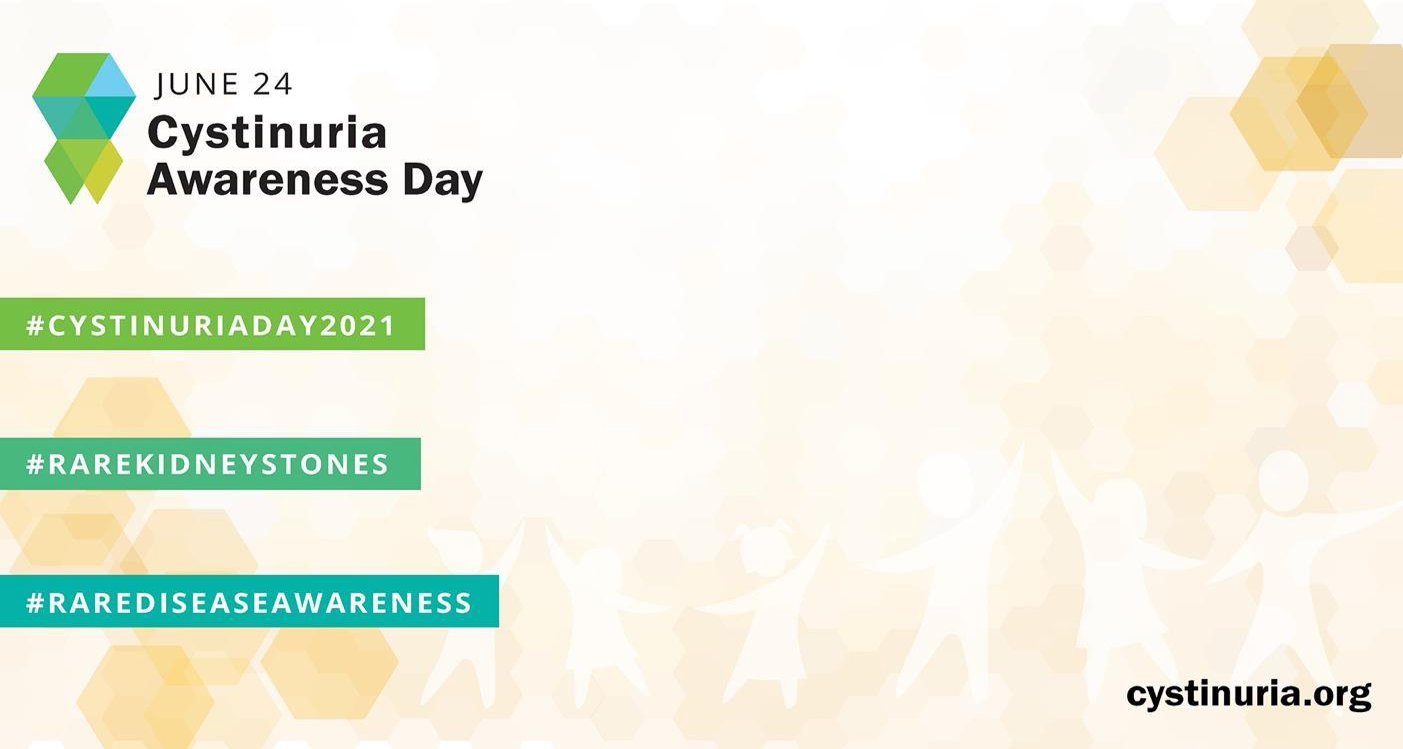