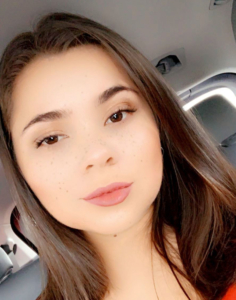 Helen Guerra, a 20-year-old resident of Miami, has lived more than half of her young life diagnosed with a rare kidney disease called cystinuria. She led a fulfilling childhood filled with a love for reading, dancing, and all things Disney. Helen’s life changed at age 9, however, when she began experiencing abdominal pain that spanned over many months. At first, the pain was manageable, and Helen pushed through it, but, as time went on, it got progressively worse and she developed additional symptoms of nausea and vomiting. When the pain became unbearable, Helen went to the emergency room where a large kidney stone was discovered. After undergoing surgery to remove the stone, her biopsy results confirmed the diagnosis of cystinuria.

In the decade since her diagnosis, Helen has successfully managed her disease by taking medicine, having complete checkups every six months that include a varying combination of ultrasounds, bloodwork and 24-hour urine collections, and practicing moderation in her diet. As of her most recent checkup, Helen received the fantastic news that she is both stone free and has normal kidney function!

Cystinuria is not only a physically challenging disease; it can also take an emotional toll. Helen shared her struggles of attempting to explain her diagnosis and symptoms to others, including her boyfriend, because her disease is invisible from the outside. She states that it is “hard to explain that there are days I feel pain because a stone is developing or I didn’t drink enough water.” And though she wants to be a mother someday, Helen also shared that she worries about possibly passing on cystinuria to her children through her genetics.

Luckily, Helen has received amazing support from her family and the nurses who have made an incredibly positive impact on her life. They inspired her so much that Helen now plans to pursue a career in nursing. She is currently awaiting her acceptance into Miami Dade College to begin following her dream of helping others just as her nurses have helped her throughout her diagnosis.

Although this disease can be painful and is rare, Helen maintains an optimistic attitude toward her diagnosis. “Cystinuria has taught me to listen to my body and what it is telling me” she stated. Her outlook on life has remained bright ever since she left the hospital at only 9 years old. Now with the possibility of attending nursing school, she will be a wonderful influence on others who may be living with the same disease.

Helen has remained positive throughout her diagnosis by occupying herself with activities that she has loved since her early childhood. “Positivity can be hard to come by with cystinuria, but I love to spend time working out, dancing, releasing negative energy, and focusing on my faith to get me through the tougher days.”

To those living with cystinuria, Helen reassures them that “this disease may be very rare, but you are not alone. There are a lot of resources to help you through the pain: doctors, family members, other cystinuria patients, and even support groups. You are going to get through it.”