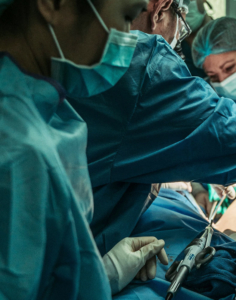 My name is Bee Salinas, I am 33 years old and I was diagnosed with cystinuria when I was 18 months old. I have been through countless procedures 25 to be exact.

Growing up I didn’t get the normal childhood, I grew up in hospitals and was home schooled for a large portion of it. When I hit my teens this disease hit me a little harder than expected. At 17 I had 5 stones the size of my thum blocking my kidney. As a result to that it made the kidney function lower drastically, so once we got the stones all the way out I had less then 30% of my kidney functioning.

When I hit 22 my kidney continued to form multiple stones and the Doctors Decided enough was enough, they them removed my right kidney. The Doctors had told me my kidney was so bad due to this disease that it was like mush and they had to scrape it off my back muscles to remove it. After they removed my kidney they found a new medication meant for us (yay) I began my journey on thiola in 2013 the medication was a little harsh and many side effects, but I pushed through it.

In 2020 my disease decided it wanted to create complications for my left kidney, and I ended up having and emergency surgery due to a blockage. We got the stone out but a few weeks later the same thing has occurred. I went through a total of 5 procedures and I am now in an ok space.

The doctor put me on the new formula of thiola and it has been helping so far. This disease is so unpredictable and when it hits, it hits.

Life has never been easy, but one thing I do know, having this disease has made me a very strong individual that has been able to withstand some of the worst a person can go through. We need to keep fighting and let this disease know it can create the battle but it will not win the war!!